It’s too late to change this sketch, but if I could, I would modify the division of space in the picture. The image at the top is the original sketch, and as you can see, it’s about half sky, half buildings/foreground. If I had spent a few minutes planning this better, I think I would have changed that proportion. Since the foreground doesn’t have much interest in it, I should have moved that complex strip of farm buildings and trees down on the page. That would have allowed me to have a sketch with 3/4 sky and 1/4 land instead of a 50/50 split. 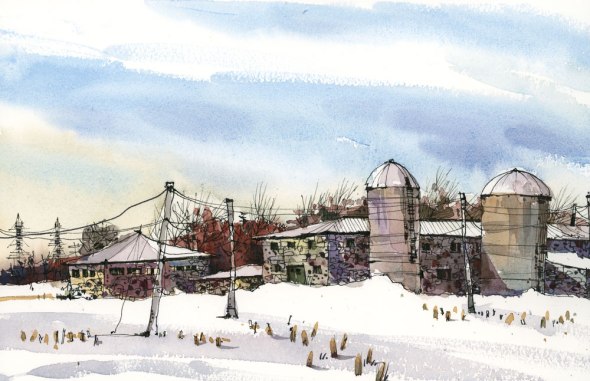 Here’s a cropped version of the sketch with less foreground, but it’s still not right. 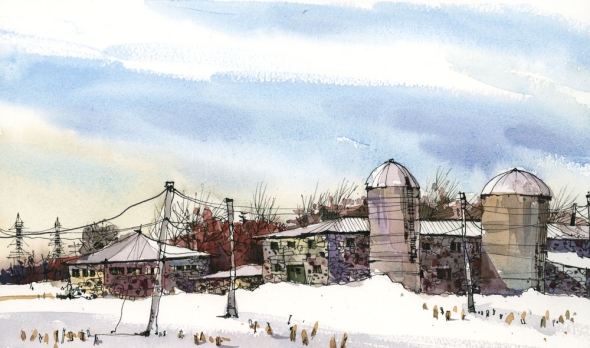 Ideally I would extend the sky by another two inches. Sadly, I don’t have enough room on the paper to add more clouds, but by the modern miracle of the “content aware” tool in Photoshop, I can get a better idea of what I should have done. 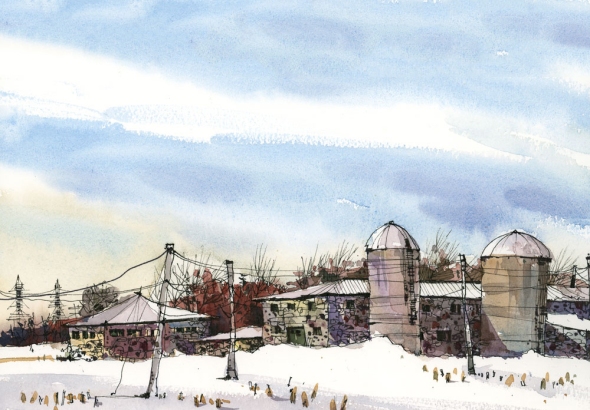 29 Comments on “Division of space” 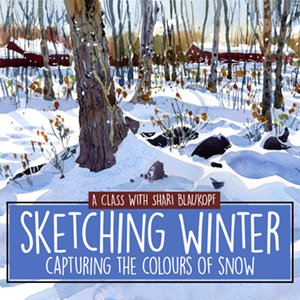 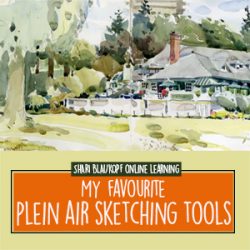 Learn to sketch a colourful street scene in my newest class! 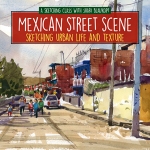 Learn to simplify complex scenes in my online class! 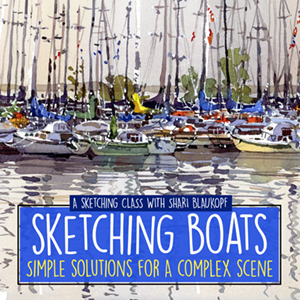 Sketch flowers with me in my online class! 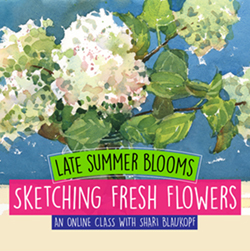 A sketching class filmed on location! 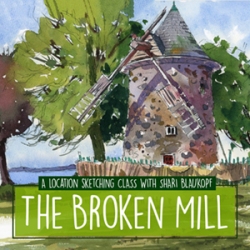 Join me as I sketch at one of my favourite spots!

Buy three of my classes at a discount! 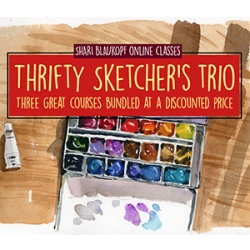 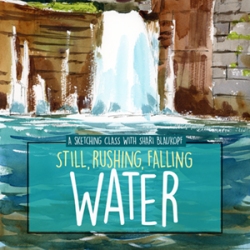 Just in time for summer sketching!

Sketch light and shadow with me in this class! 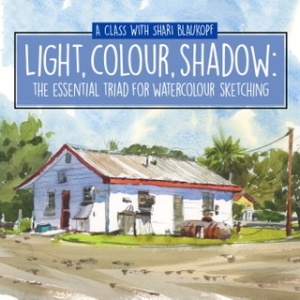 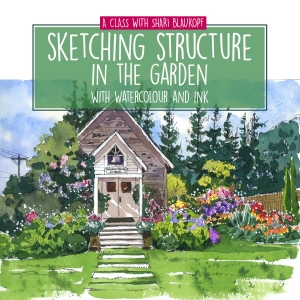 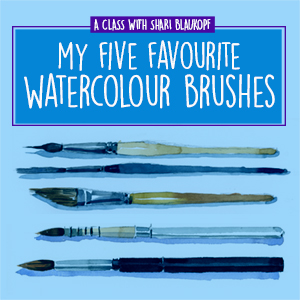 My book is now available!

Available in stores and through online retailers!

From Athens to Corfu! 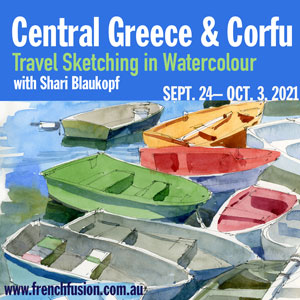