It’s the beginning of workshop season for me. The first in a series of events this summer was in New York City, which of course was a big thrill for me. I love New York (sorry for the slogan) and I was delighted to have the chance to sketch there, as well as meet some of the NYC Urban Sketchers. We had two great days planned in my favourite spots — Bryant Park and Central Park. I spent a little time in Bryant Park before the workshop, sketching the library and those amazing plane trees that form a canopy over the perimeter of the park. It was cloudy when I was there, and also a weekend, so the park wasn’t that crowded.

One of the things I try to demonstrate in workshops is how to deal with any situation when you are sketching. For example, on a sunny weekday, at lunchtime, Bryant Park has many more people walking through it than on a cloudy weekend day, and that was what we dealt with on Day One! Thousands of people walking through the park, sitting on the grassy green, eating lunches, strolling with babies… It was almost impossible to find a spot for a demo. Nothing like what I had experienced a few days early when the park was almost empty. 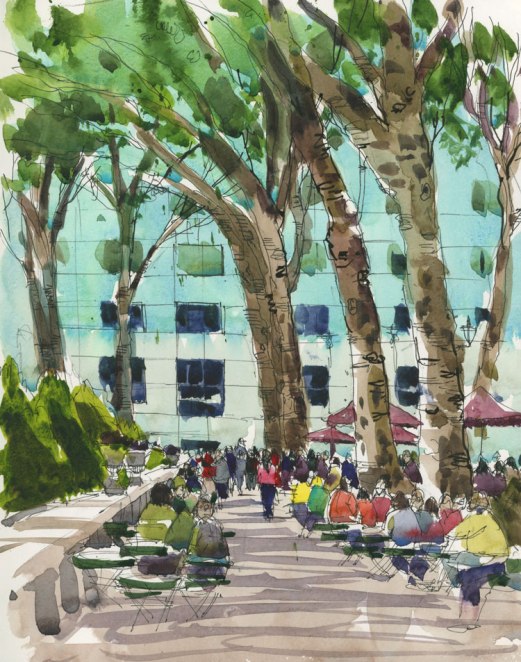 But that is what urban sketching is about. You deal with what is in front of you, and even if it rains, like on our second day, there are plenty of things to sketch. On Day Two our Central Park location was switched indoors to the Winter Garden Atrium where we had a view of the Hudson River through the giant windows of the Brookfield Place complex. A big thanks goes to Mark Leibowitz who organized our outings and fended off the security guards who tried to oust us from the mall. I guess any large gathering of people with bags looks suspicious, especially in such close proximity to the new Freedom Tower. 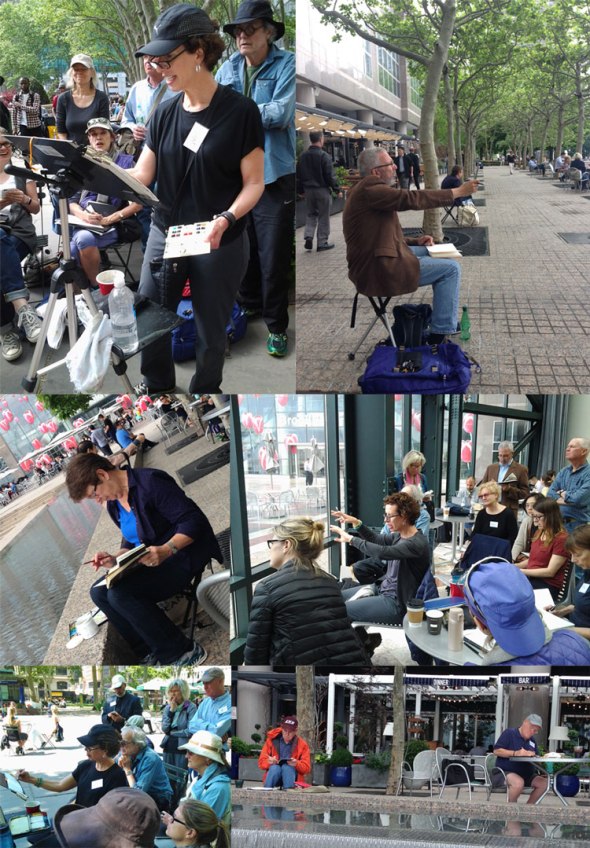 Fortunately after lunch the rain stopped and we were able to sketch outside. It was a wonderful group of interesting, talented sketchers and we had a really fun time in our few days together. 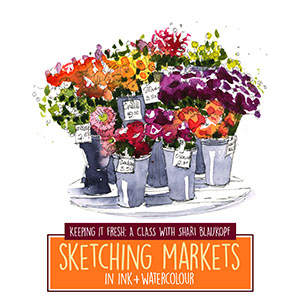